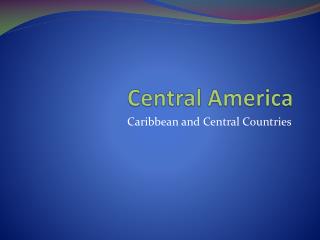 Central America. Caribbean and Central Countries . Geography. Central America is an Isthmus Isthmus – thin strip of land with two large bodies of water on each side Connects Atlantic and Pacific Ocean with the Panama Canal