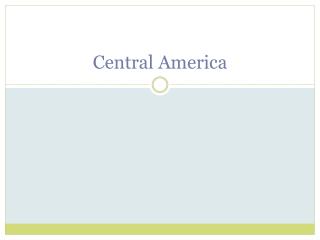 Central America. Belize (British Honduras). History Mayans were the indigenous peoples Rose up around 1500 BC Europeans arrived in 16 th century Spanish colonists tried to settle in, but the Mayans rebelled English and Scottish buccaneers settled in 1638. Geography Marshy coastline