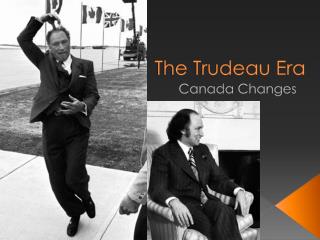 The Trudeau Era. Canada Changes. Trudeau was a new kind of leader for Canadians: He was relaxed and had a sense of humour He drove sports cars and dressed in t-shirts He dated celebrities He captured the imaginations of young Canadians who treated him like a rock star!